Every convention – whether it concerns artistic legacy, beauty or plain purpose – needs to be challenged. And every creation is an exploration of the senses. From early on in his career Aldo Bakker (NL, 1971) has produced works in which his exquisite use of shape, material and colour is balanced with an almost disturbing tenacity in the way these pitchers, bowls, spoons, stools and tables defy everyday perceptions about the relationship between man and object. Or more precisely: the relationship between object and man. Because despite their tranquil appearance and the modesty of their monochrome skins, Bakker’s objects are anything but submissive. They determine the rules of the interaction. Those who handle or merely observe them should come to terms with the inherent independence of these creatures. Their sensuous presence makes them highly seductive, but also hard to get. A bowl, a bench, a flask: all these ‘objects fatales’ could be (mis)taken for just being dead gorgeous and desirable, where in fact they undermine fixed notions about the object as a commodity.

Aldo Bakker rejected a formal arts training. As an autodidact he carefully studied the oeuvres of some of the most idiosyncratic artists of the modern age, ranging from composer Luigi Nono and painter Giorgio Morandi to writer J.M. Coetzee and architect Carlo Scarpa. With these masters, Bakker shares a fundamental interest for the language of their favoured medium. In fact, the introverted nature of his works, their elegant curves and facets, the depth of their surfaces and their flawless execution all contribute to the sensation that these artefacts tell their own stories in their own language. When they leave the studio – often after years of careful deliberation – the objects no longer bear witness to their maker, but exclusively to their own existence. To the questions they raise about the integrity of their being.

By positioning his works as individual characters, Aldo Bakker forces his audience to shift its perception. We are no longer looking at an inanimate object on which we project our knowledge of style, shape or material value. Instead, these creatures invite us to engage in a conversation about their behaviour, their uncertainties, their beliefs, their native tongue. We do not approach them as buyers or even as art historians, we become their fellow travellers, questioning ourselves as much as they question us. 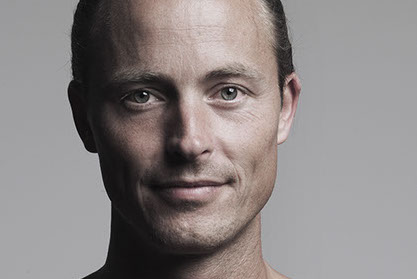 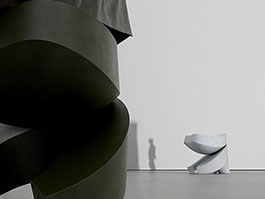 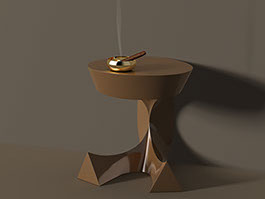